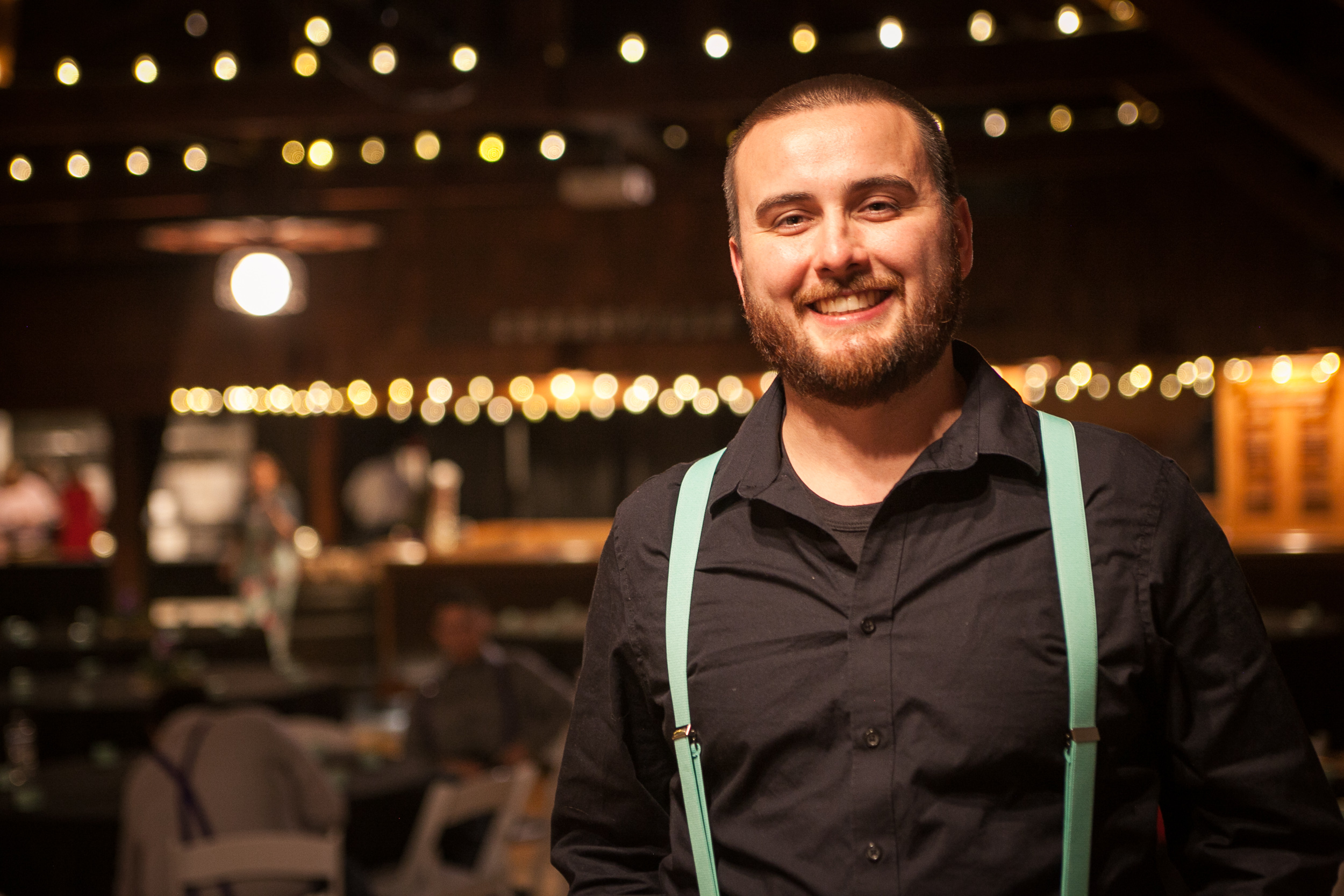 Politics Is Not A Game, by Andrew Stead

Freedom has its life in the hearts, the actions, the spirit of men and so it must be daily earned and refreshed – else like a flower cut from its life-giving roots, it will wither and die.

My name is Andrew and I became a Libertarian recently in Warren County, Ohio because it was time to have skin in the game. Prior to 2020, I was politically agnostic. I had no strong opinion toward most political topics and I chose to refrain from voting, which I thought was responsible given my ignorance.

Born and raised in Michigan, I come from a broken family with my mother and father divorcing prior to my birth. Luckily, my grandparents watched over me until I was six years old. Good principles were wired into me during this time which has benefited me later in life.

My life has been fairly nomadic, wandering around several spots of Michigan, Ohio, and Oregon, giving me a good sample of what society looks like in various regions. With this type of lifestyle, it is crucial to learn to adapt quickly, make new friends, and understand the environment you’re currently situated in. No matter how much chaos I’ve had to endure, it never crushed me to the point of submission.

It’s fun to reminisce and apply what you now know to the past. During high school, my friends would make jokes about me being Indian and I would tease them back. Those same friends would be afraid to repeat the same jokes today due to political correctness. Now I ruthlessly mock them for the correctness they try to impose on our conversations. This was probably an early warning sign of the mind virus we face today.

I’ve seen firsthand how the government intervenes with tribal communities and pushes propoganda. It’s not really a shock how they’ve kept most Indians on the reservations, milking the government welfare programs. Some tribes offer their citizens upwards to $2,000+ per month. Stimulus money wrecked those communities long before the fed started “printing” without limitations the past couple years. These folks typically have no purpose or meaning to strive towards because those funds will cover most of their expenses without putting in hard work. Very much like how covid stimulus helped wreck the small businesses and economy as of late.

I could talk all day about the politics of how my grandmother went to assimilation school as a child, how I received reparations from the state to attend college, how the Multi-Cultural Advancement Scholarship holders were somewhat segregated in the dorms during my freshman year, working all 30 zip codes of Detroit, amongst many other life experiences I’ve accumulated. Nothing changed my life quite like the lockdowns.

I will never forget what has happened to humanity during the plandemic. It forced me into the next phase of my libertarian lifestyle. Unfortunately it changed my relationship with family, friends, neighbors, and the government in a negative way. I’m hopeful we can bounce back but we’ve got our work cut out for us. I’ve faced too many people the last couple years that would treat me like trash, exclude me from society, say vile things, try to start physical fights, and demonize my existence since I hold values differing from them. I’ve even been fired from work for not complying with mask mandates (that don’t work). A mind virus has swept our nation. It’s barely recognizable anymore.

First, during a family gathering at my grandparents home, a neighbor called the cops to rat on us for having too many people in the house. It must have been a super spreader event! Luckily, the cops did not violate our rights. We became aware of the incident a week later in public by an officer who knew my grandma.

I had a friend on the progressive left and we disagreed on practically everything that matters. He would tell me things such as conservatism is a dead ideology and there is no room for it in society. What a slap in the face to half of America. Or the most common belief amongst the hard left, Trump did absolutely nothing right. It’s such an absurd statement. All you need to ask someone before the narrative falls apart is “name one policy you disliked”. They can’t, because they don’t know anything about his policies. All they know is that he says mean things and makes them feel bad.

The biggest moment came from an interaction with a stranger, while visiting my wife’s family in Oregon. We were picking up groceries and were stopped by a lady in an aisle. She asked why we were brave enough not to wear a mask and disobey the mandates. It was simple, we explained. We do our own homework and apply common sense, skepticism, and critical thought to every aspect of our life and decision. She shed some tears and more importantly the mask from her face. She mentioned that both her and her husband felt persecuted by close relatives and friends, along with being oppressed by the state government. She decided in the moment that she would no longer listen to or follow the propaganda. This felt like a big win for society.

As I noted in the very beginning, it’s time to have skin in the game. There really is no choice other than to be involved. We need to defeat cancel culture with open dialogue and an exchange of ideas until the truth prevails. We need to recognize that policies run our lives. Our constitutional rights are constantly under attack. Freedom is not free and could be lost overnight if we don’t proceed cautiously. Although much corruption has taken over, we cannot simply burn this country to the ground.

I was first introduced to the Libertarian Party by Dave Smith, specifically on the Joe Rogan Experience. After that, I kept up with his activities and progression within the party. Since the political left and right are dividing further, the middle is up for grabs. The old fashion liberals, conservatives, farmers, small business owners and entrepreneurs, mothers, and constitutional loving Americans need a political home.

The left wing and right wing of politics has left us all in the dust, abandoned, and worst yet, sold us out to outside interests. We need to elect people who act in good faith and in the best interest of our nations people. When our politicians fail to hold our interests at heart, there needs to be accountability. I believe that the best hope for holding politicians accountable is a third party, the Libertarian Party.

Election integrity is vital for a functioning society. It makes me sad to know that my vote did not count in the 2020 general election cycle via (https://audityourvote.com/). Most secure election ever, right?

You have a choice to exercise your civilian duties. We have an obligation to leave this nation better than when we got here. I would prefer to live in a functioning society that makes decisions based on a solid moral and ethical value system. There is no place in our land for communism, socialism, fascism, or anything resembling authoritarianism. The Libertarian party, primarily the Mises Caucus, may be the only way back to a flourishing republic, if there is still time to save America.