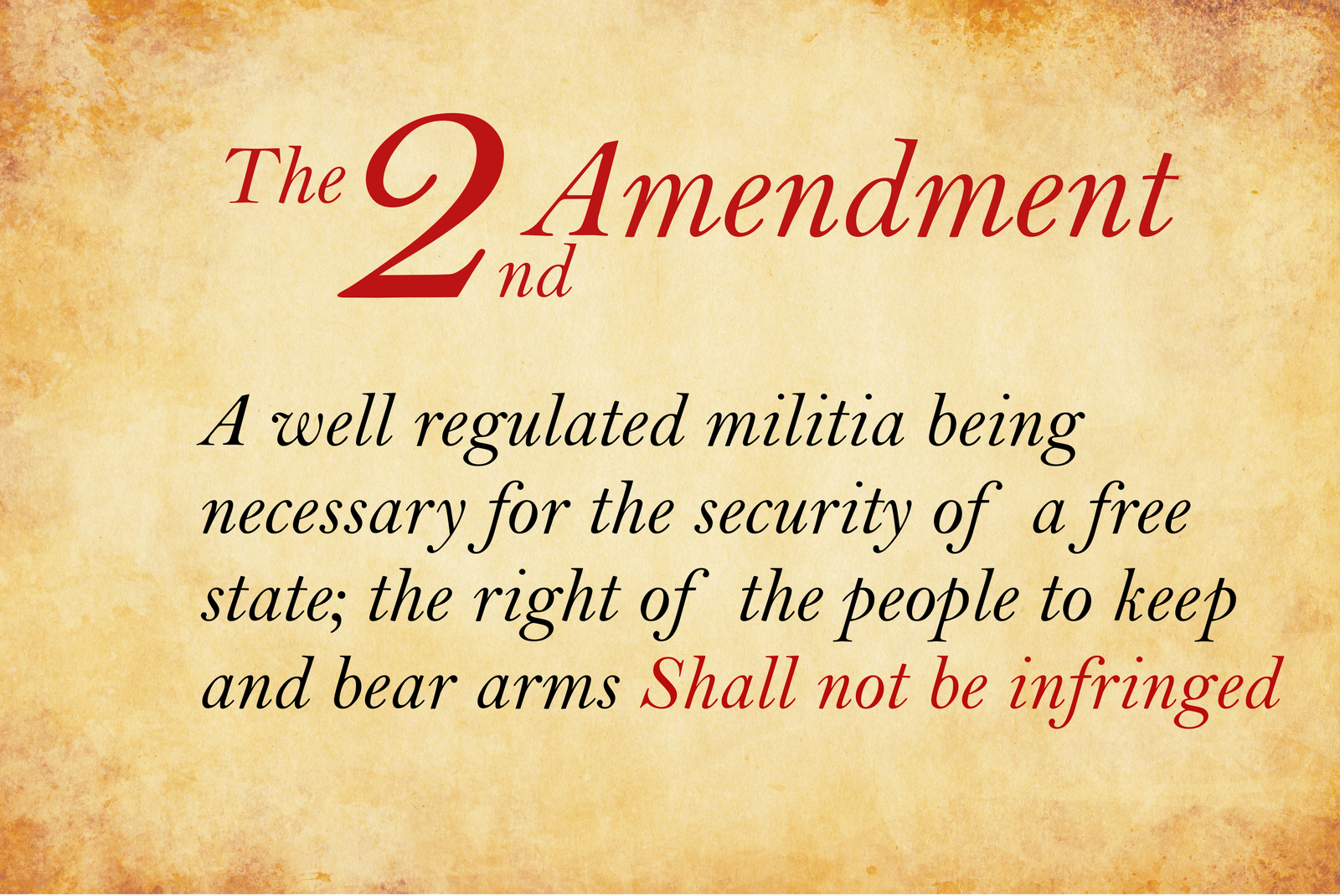 In my previous gun rights article I wrote about the philosophy of the right to keep and bear arms that stretches back at least 2400 years. In this article, I will cover how the two major political parties and one major organization have been either actively anti-liberty or simply weak on this topic.

Democrats and the Left

It’s quite obvious that the Democrats and the Left in the United States have been completely anti-liberty on this topic. The current regime is seeking complete control in many ways, with recent examples including medical, environmental, and “woke” tyranny around every corner. Though the historic Left fought for free speech, the current generation is displaying a complete reversal with Orwellian “thought-crimes” getting people thrown off social media for statements in opposition to corporate and government “experts” as the country swings toward a dystopian technocracy. Growing evidence points to government officials suggesting that the federal government actively uses social media to censor people, in direct violation of the 1st Amendment (1, 2, 3, 4, 5, 6, 7). If total control isn’t the current regime’s agenda their actions sure indicate otherwise, and removing firearms is a part of the process. From there, I’ll refer you to Plato’s thoughts on the topic in my previous gun rights article.

Recent bills pursued have included the Bipartisan Safer Communities Act, which will lead to red flag laws making it very easy for anybody to be denied their gun rights without a trial, enhanced background checks that delay gun purchases for purchasers under 21 by 3-10 business days, and requiring any individual selling guns to be a Federal Firearms License (FFL) holder. The bill has passed by both houses and was signed by the president on the 24th of June 2022. This bill does the following, all of which are blatantly unconstitutional, exercising powers that the Constitution does not grant the federal government:

To further the anti-gun agenda, a Democrat-controlled House passed an anti “assault weapon” bill on the 29th of July 2022. This will likely receive strong resistance in the Senate, but a return to Clinton Era restrictions is certainly the intent. Provisions of the bill would make it “a crime to import, sell, manufacture, transfer, or possess a semiautomatic assault weapon (SAW) or large capacity ammunition feeding device (LCAFD).” It is worth further reading to understand how (and if) those terms are defined, but it is certainly about the infringement of the right to keep and bear arms and blatantly unconstitutional.

Republicans and the Right

While the GOP, the Right, and the National Rifle Association (NRA) are generally more gun-friendly and use a lot of liberty-oriented rhetoric on the topic of gun rights, they fall short in a number of ways. Among their flaws are that they won’t stand on principal and are all too willing to bend to the left-wing’s agenda. If a pro-liberty opinion is unpopular, many of them will fold. Just to list a few instances where they’ve been wrong on this topic:

The third largest political party in the United States can’t show a lot of legislative action on this topic at this time, but the current platform states the principles that have been established for the party. On gun rights, the following is stated:

1.9 Self-Defense. The only legitimate use of force is in defense of individual rights — life, liberty, and justly acquired property — against aggression. This right inheres in the individual, who may agree to be aided by any other individual or group. We affirm the individual right recognized by the Second Amendment to keep and bear arms, and oppose the prosecution of individuals for exercising their rights of self defense. Private property owners should be free to establish their own conditions regarding the presence of person defense weapons on their own property. We oppose all laws at any level of government restricting, registering, or monitoring the ownership, manufacture, or transfer of firearms, ammunition, or firearm accessories.

The Official Platform of the Libertarian Party, as adopted in convention, May 2022, Reno, Nevada

While the Democrats and Left generally want to remove the right to keep and bear arms, the Republicans and Right have compromised on this topic repeatedly. Members of both parties have worked against the clear statements of the Second and Tenth Amendments. They refuse to acknowledge clearly worded limitations on the power of the federal government given under the Tenth Amendment and go directly against the strong prohibition given under the Second Amendment.

Meanwhile, the Libertarian Party holds strong on gun rights as a foundational human right and will stand against infringement of any sort, while working to roll back the size and scope of government at all levels.

So far I’ve only given a quick summary of the philosophy of the fundamental right to keep and bear arms reaching back 2400 years and given a quick overview of the problem: Both of the major parties in the USA and the largest “pro-gun” organization fail to uphold this fundamental right. I’m going to write a third article on this topic. The next one will be about the primary solution, which is to, as Mercy Otis Warren put it, “…resist the first approaches of tyranny, which at this day threaten to sweep away the rights for which the brave Sons of America have fought…” We must refuse to comply with laws that are unconstitutional and threaten basic human rights that have been understood for 2400+ years. I will introduce steps that should be taken in that direction.

What Can You Do?

So…What if the Mandates Die?

Ohio’s Constitutional Carry Bills: Should We Support Them?