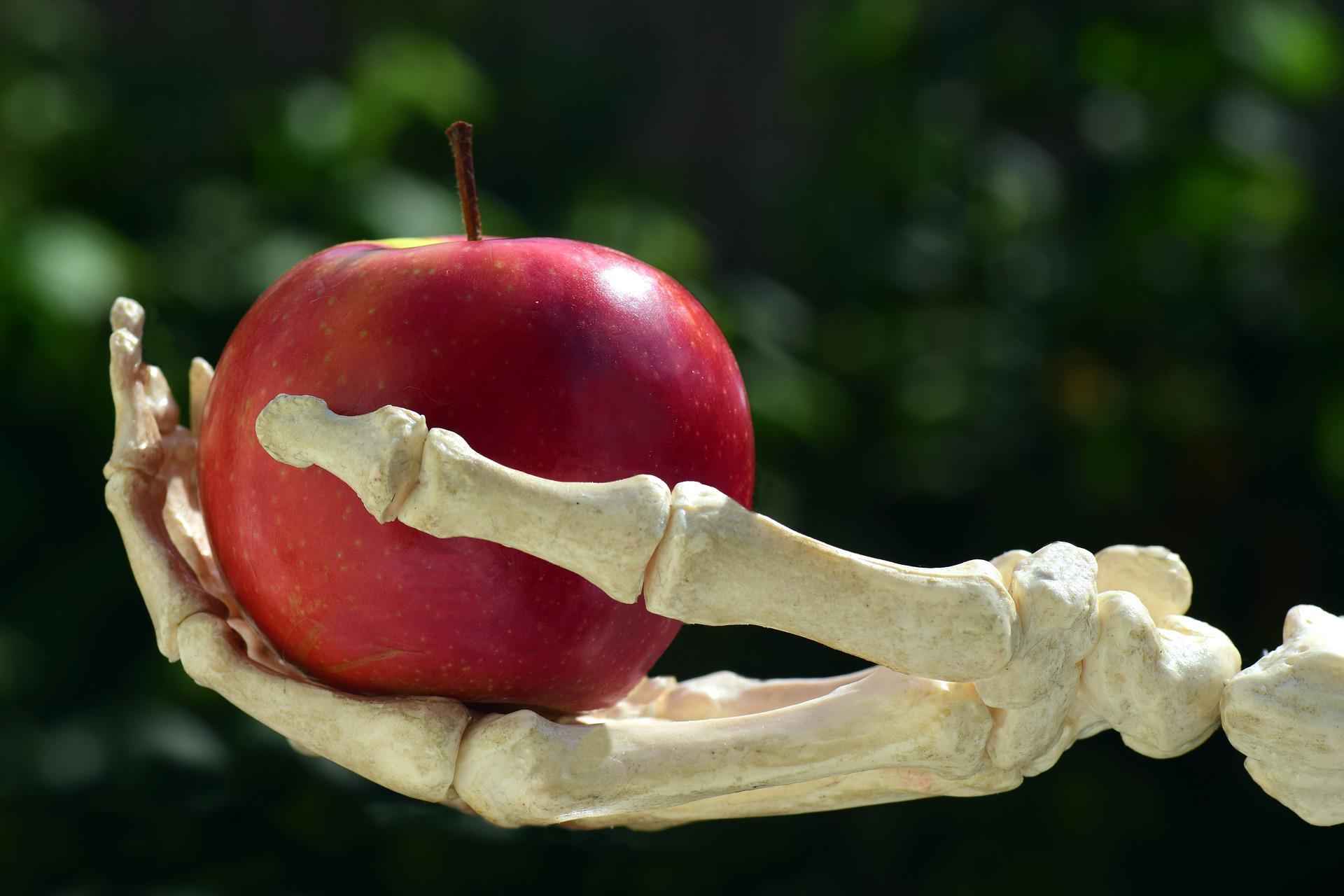 As always, the blog pages of the Libertarian Party of Warren County are used to express opinions on the topic of politics and liberty. I don’t agree with everything that is written in our blog pages, nor a lot of what comes from LP national, and I don’t expect that everybody will agree with me. This article will certainly be controversial as I’m going to stake out my personal position on the deceptively-labeled “Don’t Say Gay” law passed in Florida and Ohio’s HB616 “regarding the promotion and teaching of divisive or inherently racist concepts in public schools.” Libertarianism is not a single point on a map. It covers a wide variety of views, but even when properly defined with the Non-Aggression Principle (NAP) at its core, there are a wide range of philosophies and opinions that fit under that umbrella. The NAP can be summarized as “don’t hurt people and don’t take their stuff,” but quite a few opinions are possible when adopting that philosophy. I’m open to discussion of my view with any liberty-oriented person of good will.

For this article, I will begin by addressing the facts of Florida’s HB 1557 that recently became law and Ohio’s HB 616 that has been introduced in the Ohio House of Representatives. I will follow the facts with my own opinion on whether these are acceptable pieces of legislation and what liberty-minded people should be doing.

The press loves to summarize Florida’s recently passed law as “Don’t Say Gay,” which is a blatant oversimplification and mischaracterization of the law. The law, as passed, is only four pages long, so feel free to read it yourself. It is primarily directed at the duties of school boards and here’s a short summary of what it does:

In summary: The approach of this law is to remove any discussion of sexual orientation or gender identity from grades K-3, limit discussions in other grades, and ensure that nothing is happening without parental notification and consent.

Republicans in the Ohio House have introduced HB 616. As of this writing, it hasn’t been sent to committee, according to the official status page. Like the Florida law above, the press is calling it a “Don’t Say Gay” bill. It has similarities to the Florida law, but it also pursues halting the teaching of Critical Race Theory and similar philosophies. Like the Florida law, this bill focuses on the duties of the district-level boards of education. The Ohio bill is eighteen pages long because it takes the approach of showing additions and deletions to the Byzantine mess of the Ohio Code of Laws. If you stick to the highlighted additions and deletions in the bill, it’s still a fairly quick read. I recommend checking it out yourself. Here’s a short summary of what the Ohio bill does:

So, in summary, this bill is extremely similar to the Florida law with respect to sexual orientation and gender identity topics, but it adds a component of pushing back on several racial theories.

The Problem with Public Schools

This is all about public schooling and the problem is a one-size-fits-all system to begin with. The problem with public schools starts off with the fact that they are inherently a socialist institution and observing this fact certainly qualifies me as a crank. It’s absolutely true that I’m a heretic to the State Religion who went out of his way to homeschool his children and continues devoting time to assist homeschooling others. Much of the problem I have with public schools is their role as indoctrination centers for statist philosophies. However, for this discussion, let me at least start by accepting that such a system exists and focus on how such a system should be run.

In Ohio the public schools are funded by taxes (aka: theft). According to the Ohio Department of Education approximately 72% of the funding comes from the state’s general revenue fund, 11% comes from the Ohio Lottery (aka: a regressive tax on the gullible / math-challenged), and a mere 10% comes from property taxes. Because people are forced to pay taxes at every turn in Ohio, we expect something in return. Damn straight we expect the taxes to cover educating our children and damn straight we want our children to get the best education possible!

Because we have a system that is majority-funded by the state government the state government sets standards and chooses which curricula are acceptable. So, the schools become a political football for the Right and the Left to skirmish over. Both sides have their agendas and the schools become a battleground for the ongoing culture war which is becoming more heated every day.

If we are going to have such a system, I’m in favor of making it less of a political football. Further, I want to minimize the role any government institution plays in forming the culture. If we continue down the current path we will let see every fashionable political ideal get pushed onto impressionable young minds with no filters and it will happen immediately. What gets taught becomes a product of which party is currently in power and whatever their agenda is this week.

It’s because of this topic that the Florida law and the Ohio bill get the inappropriate, misleading label of “Don’t Say Gay.” Instead, both prevent any discussion of any kind of gender identity of sexual orientation topics in grades K-3 and follow a prescribed set of standards for what students are exposed to.

On the social Left we have people who want to affect the culture by ensuring that children are introduced to these topics at a very young age and remove all cultural taboos related to these topics. They want to ensure that a culture of complete acceptance is achieved by teaching it to children, including ones in grades K-3.

On the social Right we have people who would like to prevent the normalization of certain lifestyles and concerns that introducing children to these sexual topics at a young age is not only inappropriate in the moral sense, but that it could actually encourage gender disphoria, leading to reassignments before their bodies have a chance to develop naturally.

In the libertarian mindset, we have to look at this from at least a couple angles:

This is another area where we are seeing an inherent culture war where both sides are seeking control.

I believe that the Right has a solid point in pushing back against a set of racist philosophies. Critical Race Theory sets out social characteristics of people based on the color of their skin. It denies that we are all individuals with different beliefs and behaviors regardless of what group we might have been born into. Being born white doesn’t automatically make you a racist, and to say so is clearly a racist statement. Being born of another race doesn’t make you automatically an oppressed victim. Being white doesn’t make somebody guilty of slavery, an institution that ended in the US more than 150 years ago. Following the tenets of this philosophy could spell the end of Western civilization as we know it.

Don’t take my word for what each of these theories stands for, but check out what is being said about them in well-researched and written libertarian works in the links below:

However, I’m having a hard time finding a single document or theory called “Diversity, Equity, and Inclusion Learning Outcomes” in order to state whether or not such things are always harmful. If the Ohio Legislature would like to pass a law, then they had better be more clear on what they mean.

Likewise, I’m concerned about the phrase “any other concept that the state board of education defines as divisive or inherently racist.” While it’s stated to be in accordance with some other guidelines, this could certainly broadly interpreted and easily abused.

In principle, I agree with much of what the Republicans in the State House are trying to do by stopping government institutions from spreading harmful ideologies that are racist by definition. Meanwhile, statists love Identity Politics and philosophies that pit people against each other, rather than the State. By ensuring that people spend all of their time being mad at each other, they can distract them from the immense volume of threats, lies, theft, and violence perpetrated by the State against people of all sorts everywhere.

From the libertarian mindset, again:

I’ve shared the facts about Florida law and about Ohio’s HB 616. I’ve encouraged you to go read them for yourself. Don’t gripe about my interpretations and opinions of these documents if you haven’t read them yourself. Be intellectually honest.

I’ve also shared my opinions on the topic, but as a libertarian, I don’t force my opinions on anybody. I may be the current Chair for the Libertarian Party of Warren County, but that doesn’t make my opinions anything sacred and no efforts have been made within the affiliate to put forth a position on this controversial topic. If you agree or disagree, reach out and let me know. I’m up for debating the topic with anybody and perhaps we can both learn something from each other.

That said, I generally favor the approach of the Florida law and Ohio’s HB 616. I do have some concerns about the specifics stated in several places, but I genuinely favor acts that limit what government institutions can do at any level, especially when they are in favor of allowing decisions to be made at the lowest possible level. In this case: the parents.

So…What if the Mandates Die?

Vaccination Mandates and Fines: We Shall Nullify!